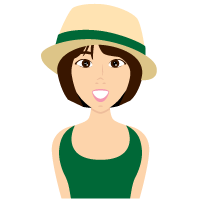 When I started working in my dad's factory, I realized that I really needed to work hard to help him to stay in business. When I started there were more than a few places where profit loss was occurring, and I wanted to help make things right. I started by eliminating some of the wasteful spending and then worked hard on making sure that every aspect of the business was profitable. I wanted to start this blog to help other factory owners to enjoy a business that is just as profitable as it is successful. Check out this blog to learn more about efficient processes.

If you own a truck -- be it a long-haul semi or a large pickup that uses diesel fuel -- you have likely encountered at least one time when your diesel exhaust fluid (DEF) indicator said you were low on the fluid. If that's happened in the midst of a busy week, you know how tempting it is to just let the fluid run out for a day or two. But this is not something you should even consider, let alone do. There is a reason you have to use DEF -- you must control the diesel exhaust coming out of the truck. Here are four reasons why keeping that exhaust under control is one of the most important things you can do as a truck driver.

The most immediate reason is that many trucks have now been configured to not run well -- and some may not run at all -- if the DEF runs out. Pickuptrucks.com says your truck could switch into "limp home" mode, which would be a frustrating driving experience, to not running at all, which would be even more frustrating. Assuming your DEF gauge is working and giving you correct information, don't let the gauge indicator go into the red zone that shows the gauge is near empty. Stop for a fill-up as soon as you can. But even if you can make your truck run and don't mind reduced speeds, you still need to use DEF for additional reasons.

Unfortunately, diesel exhaust has been documented as a major cause of lung disease, ranging from cancer to emphysema. California's Office of Environmental Health Hazard Assessment (OEHHA) says that diesel exhaust particles breathed in by Californians in air pollution up the residents' cancer risk by 70 percent. The Environmental Protection Agency division in New England says that diesel fumes provide about 20 percent of the fine-particle pollution in the region. In other words, if the fumes from your truck are not neutralized through the use of something like DEF, you are contributing a lot of pollution and contributing to a lot of disease.

Not only is breathing the fine particles a risk, but the nitrogen oxide in the exhaust also contributes to smog and ozone pollution. Without DEF, you're contributing to that haze that obscures mountains and causes headaches and allergies. What's more frustrating is that you also may be contributing to weight gain; the BBC reports that traffic fumes and other pollution may be disrupting the ability to burn fat. The same BBC article reports that a study on mice showed that after a few weeks of exposure to pollution, mice showed increased fat stores and larger fat cells.

The nitrogen oxide may also play a role in increasing the rate of climate change. This, obviously, is controversial as many people don't even believe that climate change is a thing. But it's not a risk you should really take.

If you want to get more DEF or find out where DEF is available along your typical routes, talk to truck stops, pickup dealerships, and auto repair centers that work on trucks. DEF is relatively easy to find, so do not worry that you'll accidentally run out. Contact a business, such as Ferrell Fuel Co Inc, for more information.